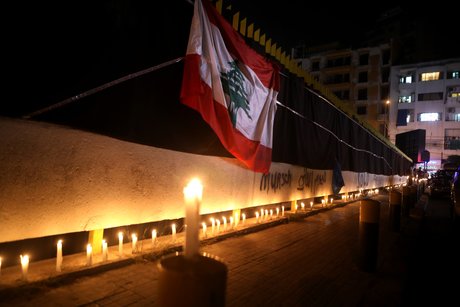 Lebanese in several regions around the country rushed on kerosene and candles fearing that a shortage in fuel oil plunges the country in total darkness.

In the southern city of Marjayoun, people rushed to stock on kerosene, lanterns and candles fearing that their alternative source of power supply from private energy generators seize services over the shortage, said the National News Agency on Saturday.

In light of an uncontrollable spike in prices of goods and a crippling economic crisis, the worst for Lebanon since its civil war, even alternative primitive lighting sources like candles have become scarce and pricey.

In the midst of the recent diesel crisis, and with the continuation of power blackouts and the increase in the rationing hours by the state and the owners of private generators, Lebanon has recently witnessed an eagerness to buy gas lamps.

Gas lamps were known to parents and grandparents during the 30-year Lebanese civil war, but returned today amid the economic crisis.

The economic meltdown in Lebanon has seen the local currency lose more than 80% of its value against the U.S. dollar in recent months amid soaring prices and popular unrest.