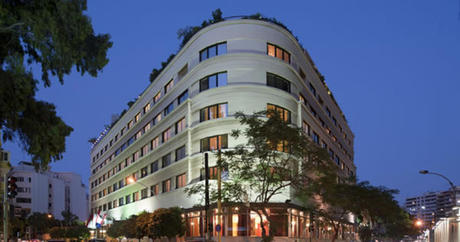 President of the Syndicate of Hotel Owners in Lebanon, Pierre Achkar said on Saturday that tourism institutions in Lebanon decided to shut down in September if the economic crisis continues to deteriorate.

In remarks he made to al-Anbaa online newspaper, he said: “Tourism institutions in Lebanon plan to shut down in September if the government does not take practical measures to save this sector from which approximately 250,000 employees, or approximately 150,000 families live. Those will have to face this suffocating crisis when the institutions close down.”

Askhar lamented the government’s failure to implement the “vows” it made to steer Lebanon out of the crisis, criticizing the disastrous developments in the country.

“With the reopening of the airport, we had hoped it would encourage hotel reservations. But until this moment not a single reservation was made, which means that a large sector in the country is dying,” said Ashkar.

He said the Arab and European tourists can not be blamed for not choosing Lebanon as a summer destination “as long as some groups continue to attack these countries,” he said, describing the situation as “catastrophic.”

“Until this moment, nothing heralds of good news and the inclination is mostly to shut down completely,” he concluded.

In April, the landmark Le Bristol hotel in Beirut that once hosted royalty and survived the civil war forced to close over Lebanon's economic crisis and coronavirus lockdown.

Lebanon is grappling with its worst financial crunch since the 1975-1990 civil war, compounded by a nationwide lockdown since March 15, that only eased recently, to stem the spread of the novel coronavirus.