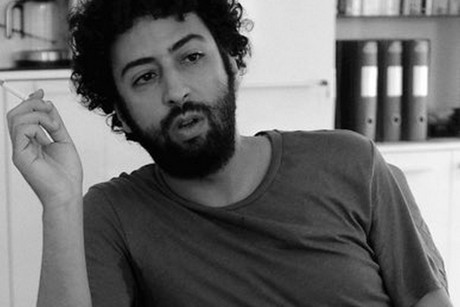 Moroccan authorities on Monday released a journalist detained for drinking in public but said he will still be prosecuted, his lawyer announced, after a probe was opened into his alleged links to foreign intelligence services.

Omar Radi has been at the center of a spat between Morocco and Amnesty International after the rights group last month accused Rabat of bugging his phone.

"He was taken into custody on the instructions of the prosecution after an incident last night around 11:30 pm" and detained in Casablanca, the spokesman for the DGSN security service said Monday.

Radi was released on Monday but he will be prosecuted for allegedly "being drunk in public and hurling insults", his lawyer Miloud Kendil told AFP.

Rabat said in late June it was investigating Radi for receiving "foreign funding" in exchange for "intelligence services."

The Moroccan authorities said they suspected him of having "links to the liaison officer of a foreign country."

But Radi, who was given a four-month suspended sentence in March for criticizing a judge in a tweet, wrote on Facebook Saturday that "I have never been and nor will I ever be in the service of a foreign power."

He accused media outlets including website Chouf TV of "a coordinated defamation campaign against me" over market research he had carried out for two consulting firms.

He said it was "very common for journalists, especially those specializing in economic affairs, to produce this type of due diligence and consulting work (which) "has absolutely nothing to do with the intelligence world".

"I am neither a spy nor a paid agent on a foreign payroll," he added.

Radi's father Radi Driss wrote on his own Facebook page that on Sunday evening, the journalist was detained with a friend following an "altercation" with a reporter from Chouf TV who had "come to provoke them".

Radi, who has already been interviewed twice by police, in late June accused Chouf TV of a "lynching campaign".

The website has accused him of being a "spy".

His arrest comes after Amnesty said in June that software developed by Israeli security firm NSO Group was used to insert spyware on to Radi's mobile phone.

The Pegasus software can switch on the phone's camera and microphone as well as access data, effectively turning it into a pocket spy.

Moroccan authorities responded by demanding the rights group provide evidence to support the "serious and tendentious" accusations, threatening otherwise to take "the necessary measures to defend its national security".

Amnesty said Saturday it had already provided ample proof, saying its researchers had shown that the software had been installed in a way that would require access that "only a government could authorize."

But Morocco said Sunday it did not consider the evidence "conclusive".

Amnesty has said Radi had been "systematically targeted by the Moroccan authorities due to his journalism and activism."

In a previous report in October, it had accused authorities of using the same software to hack the phones of two human rights activists.