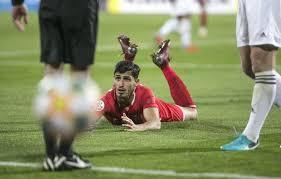 "After tests, 12 people - a team doctor and players - were confirmed positive" Irna reported, quoting a statement from Tehran's Massih-Danechvari hospital.

The agency said the tests were carried out on "61 players and technical staff" at the request of the Tehran club.

Esteghlal, twice Asian champions, are sixth in the Iranian league which resumed play on June 25 after a four-month break due to the Covid-19 outbreak.

Irna also reported that the president of Foolad Ahvaz, a club from the south-western city of Ahvaz, confirmed on Saturday that 16 club staff, including 11 players, had tested positive.

Iran is the most severely affected country in the region and, after a phase of decline, the disease has been on the rise again since the beginning of May.