Berri Says No One Can Alter His Rapprochement with Bassil 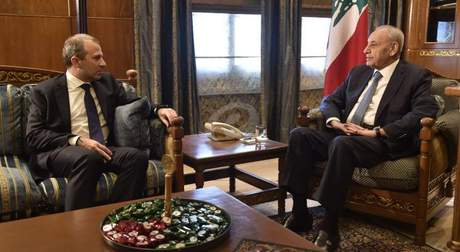 In remarks to al-Joumhouria newspaper published Wednesday, Berri said he and Bassil will not allow anyone to undermine their new rapprochement.

“Let no one try to drive a wedge between us,” Berri said.

“Even if a disagreement arises in the future over a certain issue, that should not harm the ties,” the Speaker added.

He also stressed that the Ain el-Tineh agreement does not come “at anyone’s expense,” noting that it is “a platform that is open towards everyone.”

Berri also hoped the rapprochement will reflect on the popular bases of the FPM and the AMAL Movement.

Common Mr. Speaker if you haven't realized that Mr. Bassil will flush the whole Ain el Tineh agreement when it suits him the most... then senility is gaining on you as well as on our beloved president!

Mutual dependency...birds of a feather flock together...