'Viola Forever': Ribery to Stay at Fiorentina despite Home Burglary 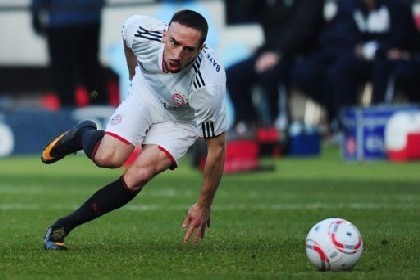 Former France attacker Franck Ribery pledged his future to Fiorentina on Thursday despite raising doubts over staying with the club after a burglary at his Florence home over the weekend.

Ribery, 37, who joined the Serie A side from Bayern Munich last August, said on Sunday he questioned how he could feel safe in the city after his wife lost precious jewellery amongst other items in the break-in.

In responding to an Instagram post by the Italian outfit's ex-goalkeeper Sebastien Frey, Ribery said he would remain at the Artemio Franchi.

Frey had said Ribery would chose against leaving the side.

"My brother, thanks very much. You know me, you know where I come from, I'm not the type to go back on my words. I said it, I do it. Pleasing everybody is pleasing nobody," Ribery commented.

"So as I wait, my boots are laced up, and I have the real fans of the club, a city which counts on me. The rest matters little. I signed for the real Viola. Viola forever," he added.