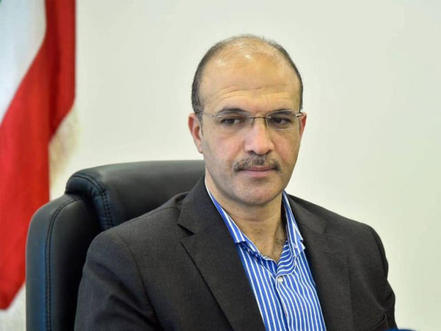 Lebanon on Sunday witnessed the highest daily tally of confirmed coronavirus cases since the first case was recorded on February 21.

In its daily statement, the Health Ministry said the country recorded 166 cases over the past 24 hours, among them 158 residents and eight expats.

139 of the local cases have been traced to known sources, the Ministry said, revealing that 118 of the cases were recorded in an area on the "Jdeideh-Biaqout road."

Health Minister Hamad Hasan had earlier told LBCI TV that “70% to 75% of the cases are related to a major cleaning services company and most of the workers are non-Lebanese.”

“A small portion of them are Lebanese who are not showing symptoms, which means that the possibility of them infecting others is minimal,” Hasan went on to say.

Noting that there are other clusters of known sources, the minister pointed out that the country will continue to witness relatively high tallies over the coming days.

Hasan also revealed that the aforementioned cleaning company has 800 employees who regularly come in contact with the employees of a 600-strong transport company and a 400-employee contracting firm.

“All of these employees, most of whom are not Lebanese, will be tested,” the minister added.

The Lebanese Red Cross meanwhile evacuated 131 infected workers from the cleaning company’s headquarters in Roumieh to a quarantine center in Karantina.

to be fair, he is probably the least incompetent minister right now which makes me really sad.