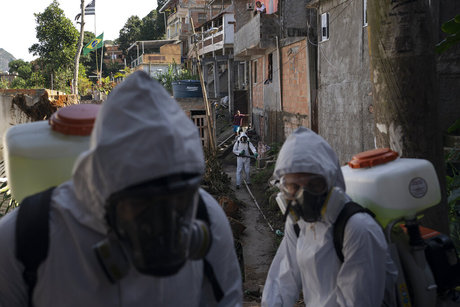 Latin America surged past the United States and Canada to become the second-worst affected region in the world for coronavirus deaths, according to an AFP tally on Monday.

Brazil accounts for almost half of Latin America's recorded fatalities.

Latin America now has several of the world's hardest-hit nations.

Brazil is the second most affected country with 72,100 deaths and Mexico, which has recorded 35,006 fatalities, has overtaken Italy and lies in fourth place.

More than 3.37 million infections have been recorded in Latin America, putting it just behind the US and Canada, whose tally stands at more than 3.4 million.

According to some experts, the total official death toll in Latin America is underestimated.