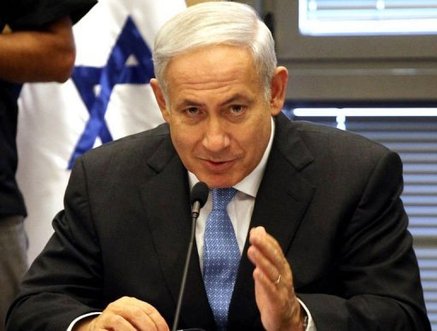 Prime Minister Benjamin Netanyahu has pledged immediate financial aid to Israelis whose livelihoods have been devastated by the coronavirus, as his government faces mounting anger over its pandemic response.

Thousands of protesters turned out in Tel Aviv on Saturday to voice frustration at Netanyahu, who won praise for his early response to the outbreak but has come under criticism amid a resurgence in cases.

Netanyahu did not mention the Tel Aviv protest ahead of his weekly cabinet meeting, but promised that financial help was on the way, starting with cash disbursement of up to 7,500 shekels ($2,170) to the self-employed.

"This support, this grant, is not dependent on legislation and we have instructed that it be put into effect today. The button will be pressed and the money will reach accounts in the coming days," he said.

He also announced a broader aid package for workers and small business owners would advance through Israel's parliament, the Knesset, in "a lightning legislative process" over the coming days.

The goal of the package, Netanyahu said, was to "provide wage earners, the self-employed and business owners with certainty for the coming year," via direct deposits.

"The protest ran the entire gamut, from owners of small businesses that had collapsed, to unemployed people from the entertainment industry, musicians, stage hands and people from the tourism sector," he wrote.

Barnea argued that Netanyahu has a history of showing disdain for protests against his leadership, but said he expected the premier to increasingly open the government coffers to quell public anger.

"A protest that is about money can be placated with money," he said.

As Netanyahu presides over the largest cabinet in the country's history, "millions of Israelis (look) at the smoldering ruins of their lives".

Saturday's protest may have sent a message, Caspit said: "enough already. We're sick of you. No further."

Netanyahu has acknowledged the challenges in balancing painful economic closures with lockdown measures needed to keep the public safe.

He has said that Israel's re-opening was premature, but also cautioned against renewed restrictions that would again bring economic activity to a halt.

Israel, a country of some 9 million people, has recorded more than 38,000 coronavirus cases, including 358 deaths.

The Jewish state last week registered more than 1,000 new cases in a 24-hour period multiple times, a major spike compared to daily figures that typically hovered below 50 before the economy reopened.

In the Israeli-occupied West Bank, where numbers have also spiraled, the Palestinian Authority on Sunday announced a strict new crackdown, including dawn-to-dusk curfews.

"Travel will be prohibited daily from 8:00 pm (1700 GMT) to 6:00 am in all governorates," as well as from Thursday evening to Sunday morning, PA spokesman Ibrahim Melhem told a news conference.

Only pharmacies and bakeries will be allowed to open and public gatherings are barred.

"It is strictly forbidden to organize weddings, funerals and parties," said Melhem, adding that Palestinians were also barred from going to work in Israeli settlements.