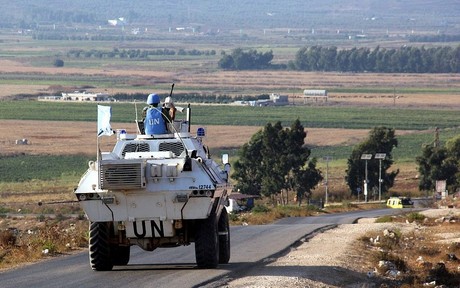 ‎Political circles in Lebanon await to see whether the term of UNIFIL forces operating in southern Lebanon will be renewed in implementation of international resolution 1701, amid international and regional conflicts threatening heightened tension between the U.S. and Iran and its “strategic ally Hizbullah,” Asharq el-Awsat reported on Wednesday.

The UNIFIL extension coincides with the expected ruling on July 22 of the Special Tribunal for Lebanon in the assassination of former Prime Minister Rafiq Hariri in 2005.

It also coincides with the start of trials in two assassination attempts against MP Marwan Hamadeh, Elias el-Murr, and the assassination of George Hawi because of the links between these crimes, mainly that the accused are members of Hizbullah, added the daily.

The extension of the UNIFIL mandate also coincides with the repeated calls of Maronite Patriarch Beshara el-Rai to “neutralize” Lebanon from the regional conflicts and lifting the siege off its national decision.

Rahi's calls reflect concerns of the international community and Vatican regarding the situation in Lebanon.

The Patriarch's calls were met with internal support from effective political forces seeing his rhetoric is drawing a line of salvation to save the country.

His calls to neutralize Lebanon, implement international decisions, and extend the state’s authority over all its lands did not draw any reaction from the Shiite Duo (Hizbullah and AMAL party), nor from President Michel Aoun and Prime Minister Hassan Diab. They have not made any communication with Bkirki after Rahi's remarks, added the daily.

Moreover, Washington insinuated that it could refrain from funding the peacekeeping force and its need to support the Lebanese army in order to implement resolution 1701, which may result in a reduction of its forces.

Western diplomatic sources told the newspaper that “every time the extension of UNIFIL was asked, Washington demanded an expansion of their powers in terms of extending it towards the international borders of Lebanon with Syria, and the necessity of activating its role in the south. This however clashes with Hizbullah's positions incessantly seeking to impede the mission of these forces.”

“Washington believes that military and security “cohabitation” is no more allowed between the UNIFIL, the Lebanese army units and Hizbullah-- that impedes the mission of UNIFIL and prevents it from entering the villages and towns under the pretext it is not permissible to penetrate into areas that are considered private property,” concluded the sources.

"Rahi's calls reflect concerns of the international community and Vatican regarding the situation in Lebanon."
So let him get the Vatican to send their army to control 1701 instead of UNIFIL.
Oops I forgot, they don't have one.

Italian soldiers are already in the UNIFIL ranks in Lebanon.