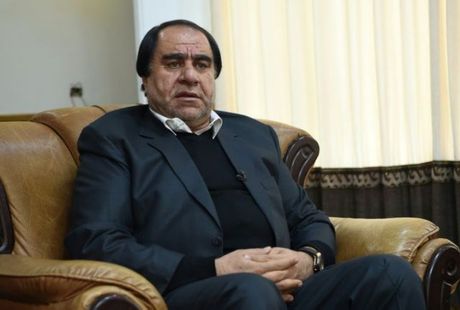 Afghan women players on Wednesday called for the arrest of fugitive ex-football chief Keramuddin Karim after his life ban for "appalling" sexual abuse was upheld.

The Court of Arbitration for Sport on Tuesday upheld the FIFA verdict, saying Karim had "violated basic human rights and damaged the mental and physical dignity and integrity of young female players".

"With his appalling acts, he had destroyed not only their careers, but severely damaged their lives," Lausanne-based CAS, the highest court in sport, said in a statement.

Karim, who had previously denounced the accusations as part of a "conspiracy", has been on the run since Afghan authorities issued a warrant for his arrest last year.

Khalida Popal, the former Afghan women's captain who campaigned against Karim, said the ruling had sent out a message.

"It is a strong statement that there is no room for abuse and violation of human rights in football," Popal told AFP.

"Karim should have been arrested long ago, but we are still happy that the world has not forgotten him," added a female footballer, on condition of anonymity.

"The world should put more pressure on the Afghan government to arrest him."

The scandal involving Karim rocked Afghan women's football, with many players forced to stop training and quit the sport under pressure from their families.

"We are getting back on our feet. It takes time to recover but I am happy at least justice is served," said another female footballer, who preferred to remain unnamed. She also called for Karim's arrest.

Afghan authorities are still searching for Karim, whose whereabouts are unknown.

The Afghan attorney general's office said it had done a "thorough investigation" but Karim never came forward for interrogations.

"He is at large, we have asked the police to arrest him," said Jamshid Rasuli, spokesman for the attorney general's office.

"Whenever he is arrested... the court will decide his fate."

The Afghan Football Federation, which was headed by Karim until the scandal broke out, declined to comment when approached by AFP.

Authorities sacked several other AFF officials along with Karim when news of the scandal broke in Britain's Guardian newspaper in November 2018.