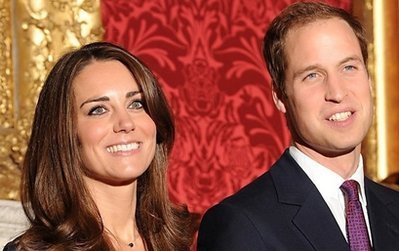 A U.S. publisher is to produce a comic book about the romance of Britain's Prince William and his fiancée Kate Middleton, timed to mark their upcoming wedding .

"Fame: The Royals" is described as a "behind-the-curtain look" at the royal couple, who are to wed in London's Westminster Abbey on April 29.

"As Americans, we are fascinated by the British royals. They fit within our construct of a celebrity-fueled popular culture," said Darren Davis, president of publisher Bluewater Productions, based in Washington state.

"But more than, that they represent an air of pomp and history that we just don't have," he added.

The comic book, to be published in April in time for the royal wedding, recounts William's early childhood, his mother Princess Diana's death, his schooling and military career, as well as his romance with Middleton.

It also examines the 29-year-old's success in handling of life in the media spotlight, as she prepares to join the royals officially.

"Here you have two people trapped in a fishbowl ... As a non-royal how do you navigate in the sudden storm of fame? As someone used to the spotlight, how do you maintain a veil of privacy?" asked Davis.

Also this week a U.S. TV producer announced the casting of a relatively unknown British actress to play Middleton in a television film about the royal romance.

Camilla Luddington, whose previous appearances have mostly been in U.S. TV series, will play Middleton in "William and Kate," planned by U.S. television network Lifetime in time for April.