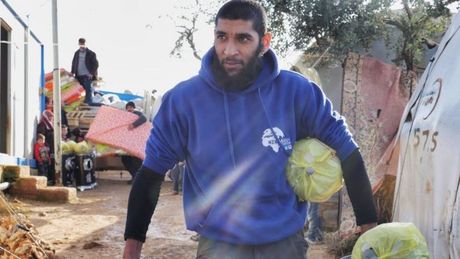 Syrian jihadists say they have released a self-described aid worker stripped of his British nationality, three weeks after he was detained in the country's last major rebel bastion.

Tauqir Sharif, 33, was captured on June 22 by Hayat Tahrir al-Sham (HTS), which is dominated by Syria's former al-Qaida affiliate.

The group's propaganda arm Ebaa said on its website that Sharif would be brought before a local court in two weeks.

Sharif "has been released from prison," his relatives wrote on Facebook, welcoming the "great news".

The Syrian Observatory for Human Rights, a Britain-based war monitor, said after his detention that Sharif was held over his alleged ties with rival jihadists.

HTS has accused him of using humanitarian aid funds to sow division in the Idlib region.

Sharif first arrived in Syria in 2012, according to the Live Updates From Syria organisation he founded with his wife.

Britain stripped him of his British nationality in 2017, accusing him of links to an al-Qaida-aligned group it did not specify, the British press has said, but Sharif has denied the allegation.

The Idlib region is home to some three million people, a large proportion of whom have been displaced from their homes by Syria's nine-year-old war and are dependent on humanitarian aid.