Europe Exhales After Another Good Week 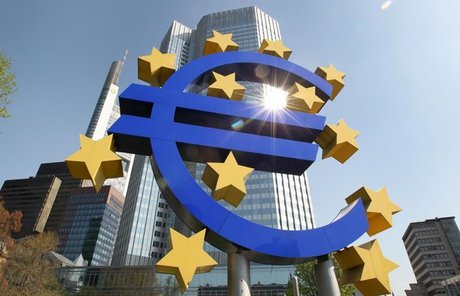 Europe has taken a step back from the brink.

Three weeks into the year, borrowing rates for debt-saddled countries have fallen to more manageable levels. Auctions of government debt have gone better, a sign of increased investor confidence.

And while it may have been an embarrassment, especially to France, a sweeping downgrade of nine European countries last week by Standard & Poor's, the credit rating agency, has been met with a shrug in financial markets.

All this is in stark contrast to the final weeks of last year, when countries such as Italy, Spain, Portugal and Greece watched helplessly as the costs of managing their debt spiraled ever higher, and governments fell in Athens and Rome.

High hurdles remain: Greece must still cut a deal with its private creditors, to say nothing of the long-term problems — massive debt, uncompetitive economies and the prospect of years of cutbcaks in public spending.

But for the moment, the continent is exhaling.

Portuguese Finance Minister Vitor Gaspar, after his country successfully sold €2.5 billion of its national debt on Thursday, ventured that it was "a sign that we may be coming to a turning point."

Among other good news this week in the European debt crisis:

— Despite having an AA+ credit rating now, France easily sold €9.5 billion, or about $12.2 billion, in bonds at interest rates lower than at previous auctions when its rating was AAA. The sale eased fears that S&P's downgrade of France would hurt the finances of the continent's No. 2 economy. France sold four-year bonds at 1.89 percent, down from 2.32 percent in November, and 10-year, inflation-linked bonds at 1.07 percent, also down from 2.32 percent.

— Spain raised €6.6 billion, far more than its initial target of €3.5 billion to €4.5 billion. It agreed to pay 5.4 percent on its bonds, down from 5.54 percent in the last such auction in December. Demand was twice what was being offered.

— Stock indexes in Britain, France, Germany, Italy and Spain — plus the Dow Jones industrial average in the United States — have climbed back close to their levels from last August, when the crisis spread to Italy and took a turn for the worse.

The European Central Bank, chief monetary authority for the 17 countries that use the euro currency, gets some of the credit for sending cash flowing to banks — and through them, it appears, to troubled countries.

In December, the ECB said it would lend banks unlimited amounts of money to stabilize them. It also said it would lower the interest rate on the loans to 1 percent, extend the maximum term from one year to three and accept collateral of lower quality. The banks responded by borrowing 489 billion in three-year loans at a low interest rate, currently 1 percent.

The banks appear to have used at least some of that money to buy the bonds governments have been selling almost daily. The extra demand at the bond auctions also helps bring down the interest rates on the bonds.

Stefan Schneider, chief international economist at Deutsche Bank, says the ECB "is now the main source of financing" for the troubled countries' banks "and gives these banks the opportunity to invest in the government bonds of their own countries."

Another ECB all-you-can-eat credit offering is slated for Feb. 28.

The central bank has refused pleas to expand its limited program and buy government bonds itself on the open market. It says countries need to cut debt themselves and not expect a central bank bailout.

Members of the ECB governing council have cited law that prohibits the bank from financing governments. Some analysts say the massive bank loans appear to be doing exactly that, just indirectly.

Schneider, though, cautioned that there is no "magic bullet" to solve the crisis.

"I think we will not be able, even with the advantage of hindsight, to indicate the point in time when the crisis ended," he said.

On Friday, stocks in Europe mostly held their gains for the week, waiting for the outcome of Greece's negotiations with its creditors on a deal to cut the face value of up to €200 billion in debt by 50 percent.

A deal in Athens would allow the country to receive a second bailout package from other European governments and the International Monetary Fund, and cut Greece's debt from an estimated 160 percent of its annual economic output to 120 percent by 2020.

That is still painfully high, but without the help, Greece will not be able to pay €14.5 billion in debt due March 20. A Greek default would send borrowing costs higher across Europe and could trigger chaos in the global financial system.

Even with a deal, Greece could default in coming years. An IMF review in December conceded that 120 percent is at the upper end of what is sustainable, and only if Greece's economy starts growing again after five years of recession.

And Greece is just one potential problem. Many countries are either headed for recession or stuck in deep ones, which will make debt reduction even tougher.

While Portugal, Greece and Ireland could be bailed out by the other euro countries and the IMF, Italy is considered much too big to rescue for any substantial length of time.

The new prime minister, Mario Monti, has promised to shake up what he calls an over-regulated, underperforming economy, accelerate economic growth and reduce the country's debt burden, which is also 120 percent of its annual economic output. But he faces tough political opposition.

Spain has taken some steps to loosen regulations on hiring and firing but has no clear growth model after the collapse of its real estate bubble. Unemployment is 22.9 percent, and for people under 25, it's a staggering 49.6 percent.

Bank stocks got a big bounce Thursday after stronger-than-expected bank earnings in the United States and word that Germany's Commerzbank could meet new requirements to boost its capital buffers without needing government help.

This week's stock rally across Europe left Germany's DAX 30 9.5 percent higher over the past month, France's CAC up 8.7 percent and the FTSE 100 in London up 5.9 percent.

Investors are all too aware that previous respites from market turmoil have turned out to be temporary.

For now, investors can increase their holdings of risky assets, says Joerg Kraemer, chief economist at Commerzbank. But he had an ominous warning this week in a note to investors.

"The ECB can only buy time," he said. "With many problems still unresolved in Spain and Italy, the sovereign debt crisis is likely to continue, and the economic recovery following the recession is likely to be lackluster."