Jordan to Reopen to 'Low Risk' Countries in August 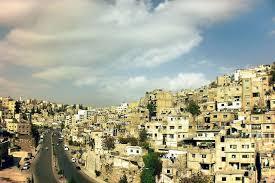 Jordan will reopen its airports to commercial flights next month after a near five-month shutdown imposed to stem the spread of the coronavirus, an official said Sunday.

The move comes as the country is trying to revive its economy which has been badly hit since the outbreak of the pandemic.

Travelers from those countries will not need to isolate for 14 days when they reach Jordan but must be tested for the virus before arriving, Misto said, adding that the list would be updated every two weeks.

Transport Minister Khaled Saif however that those travelers must show proof of having spent two weeks in one of the countries on the list before arriving in Jordan.

The desert kingdom, which has recorded 1,154 cases of the virus including 11 deaths, imposed a tough curfew enforced with drones to curb the spread of COVID-19, before easing policies in early June.

Airports were closed in mid-March and international flights suspended.

Before the coronavirus struck, Jordan hosted five million visitors a year and tourism accounts for 14 percent of the country's GDP, employing about 100,000 people.

Around a quarter of a million people a year used to visit Jordan for medical treatment before the pandemic broke out, bringing in some $1.5 billion.

The country was already in a precarious situation even before the new coronavirus, with unemployment at 19.3 percent in the first quarter of this year.