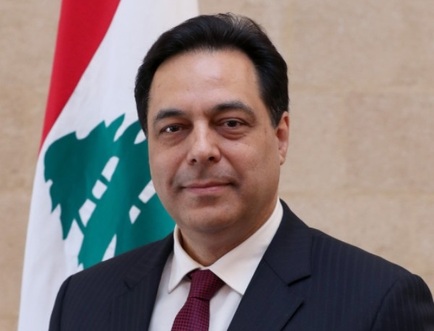 Prime Minister Hassan Diab said during a meeting Thursday at the Grand Serail with a delegation from the French Embassy in Beirut, that a French proposal to provide Lebanon with technical financial assistance “is being studied.”

The meeting aimed to follow-up on the talks held by French Foreign Minister Jean-Yves Le Drian during his recent two-day visit in Beirut.

Diab praised the “deep Lebanese-French relations rooted in history and shared values,” expressing Lebanon's hope to strengthen cooperation between the two countries on bilateral and international levels, especially in the framework of international organizations.

Diab affirmed that the recent visit of French Foreign Minister Jean-Yves Le Drian falls within the scope of historical relationship between both countries.

Seriously, he rails about a conspiracy theory that the whole world is against him, but he does NOTHING to help his case by getting reforms passed. Face it, NOBODY is going to give this country money without reforms and he is too weak to get things passed and only functions as a tertiary leader propped by up kizb and its allies. He has not shown any leadership on his own.

It’s easy to blame a leader specially when the core is corrupt (and that would be the people ) if lebanon stopped selling each other for a dollar it would be a good start, and more importantly stop the childish playground of sectarian blame. As we in the West consider you all Arabs