UAE Tells Turkey to Keep Out of Arab Affairs 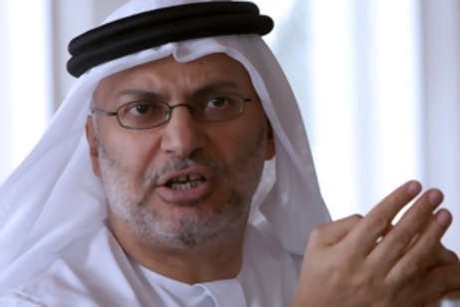 A United Arab Emirates official on Saturday urged Turkey to stop interfering in Arab affairs, mockingly referring to the Ottoman empire which collapsed a century ago.

The backlash came after Turkey condemned what it termed "malicious" actions by the UAE in Libya, where the two countries support opposing sides in its grinding conflict.

Turkey can no longer behave like "the Sublime Porte and use the language of colonialism," he said, referring to the government of the Ottoman empire which ruled the Arab world for centuries.

"The Sublime Porte and colonialist illusions belong to the archives of history... and relations between states are not conducted with threats," Gargash wrote.

Turkey backs the U.N.-recognized Government of National Accord in western Libya, while the forces of eastern-based strongman Khalifa Haftar are supported by the UAE, as well as Saudi Arabia, Egypt and Russia.

"It is necessary to ask Abu Dhabi, where this hostility, where these intentions, where this jealousy comes from," he said, quoted Friday on the Turkish defense ministry's website.

Libya has been torn by violence since the 2011 ouster of long-time dictator Moammar Gadhafi in a NATO-backed uprising, and the conflict has since drawn in multiple foreign powers.

Finally someone telling that dictator to mind his own business.

but who says this? UAE is supporting Haftar, if turkey back haftar, this will not an intervention in Arab affairs for them.

Erdogan is but another manifestation of political Islam and the concept of a supreme leader on the bases of the Khaliphate system as opposed to the Wali Faqueeh one.

Dictatorship and theocratic dogma are the main common elements of both.