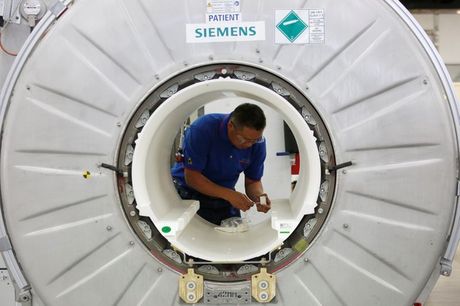 "Varian's board of directors unanimously approved the agreement and recommends to the Varian shareholders also to approve the agreement," Siemens Healthineers said in a statement.

The deal is expected to close in the first half of 2021, subject to approval by Varian shareholders, regulatory approvals and other conditions.

Varian shareholders will receive 177.50 dollars per share, the statement said.

The Erlangen-based medical technology group, listed on Germany's mid-sized MDax index, plans to finance the purchase through a combination of loans and equity raised through the issuance of new shares.

Siemens Healthineers went public in 2018 and has been legally independent from the Siemens group since then. However, Siemens remains a majority shareholder in Healthineers.

If the Varian deal is concluded, Siemens group's stake in Healthineers will decline to 72 percent from 85 percent.

The medical equipments group employs around 50,000 people in more than 70 countries.

Varian achieved revenues of around 3.2 billion dollars during the last fiscal year, with an operating margin of 17 percent.

The company is headquartered in Palo Alto, California, and currently employs around 10,000 people worldwide.

It focuses on technologies such as artificial intelligence, machine learning and data analysis to improve cancer treatment.