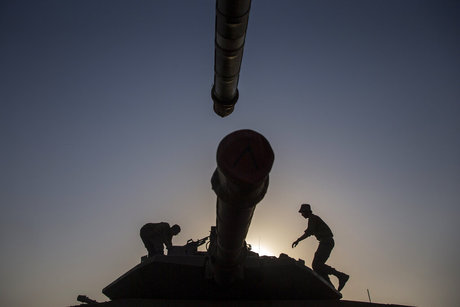 The Israeli army is “ready for all scenarios” should Hizbullah stage an attack on Lebanon’s border, a spokesman said.

“We deny the reports that Al-Jazeera channel has published. The IDF is ready for all scenarios,” Israeli army spokesman Avichay Adraee tweeted.

Al-Jazeera had earlier quoted an Israeli military source as saying that Israel is “not seeking a confrontation with Hizbullah” because its priority is to “prevent Iran from entrenching militarily in Syria.”

“We don’t have an intention to deal any preemptive strike to Hizbullah or the Lebanese state,” the source added.

The source however noted that Israel’s state of alert on Lebanon’s border “will continue as long as necessary,” warning that it will “respond forcefully to any Hizbullah attack” and that “the Lebanese state’s facilities” will be among the targets.

Tensions have surged in the Lebanese-Israeli border area since Israel killed a Hizbullah militant in an airstrike in Syria.

On Monday, Israel reported a clash and shelled Lebanese border areas after accusing Hizbullah of staging an infiltration attempt. The Iran-backed group denied involvement in any activity on the border but vowed that its retaliation to the Syria raid will certainly come.