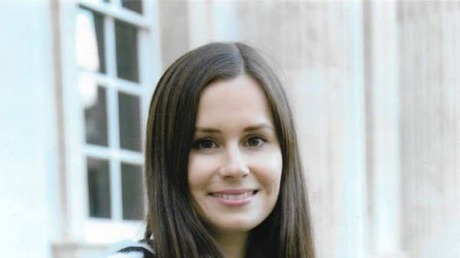 The family of a British-Australian academic jailed in Iran on spying charges said Tuesday they were "reassured" after Australian officials found her well during a consular visit.

Moore-Gilbert was recently moved to the women's prison, which is in an old chicken-processing factory outside Tehran.

A group of her friends last week launched a public campaign to win her freedom, saying that Australia's strategy of quiet diplomacy had failed.

Australia's Department of Foreign Affairs and Trade said Moore-Gilbert was "well" and "has access to food, medical facilities and books".

A lecturer in Islamic Studies at the University of Melbourne, Moore-Gilbert's arrest was confirmed by Iran in September 2019 but it is believed she was detained a year earlier.

Her family said they "have been reassured" by Sunday's visit and reiterated their support for Australia's approach to the case.

"We continue to believe that Kylie's best chance at release is through diplomatic avenues," the statement released by the foreign ministry said.

A "Free Kylie" group said last week Australia's government should explore every option and urged Australians to petition members of parliament and the media to raise awareness.

She is serving a 10-year sentence for spying, a charge she has denied.

A spokesperson for the foreign ministry also rejected the calls for a more muscular campaign, adding that the embassy would "continue to seek regular consular access to Dr Moore-Gilbert".