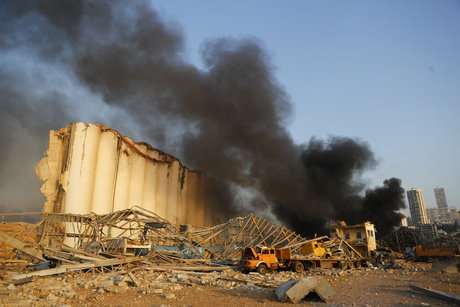 Two U.S. officials said Wednesday there are no indications that the massive explosion Tuesday evening in Lebanon's capital was the result of an attack by either a nation state or proxy forces.

A senior Defense Department official and a member of the U.S. intelligence community told The Associated Press that, at the moment, the explosion appears to have been caused by improper storage of explosives.

Both individuals spoke Wednesday to the AP on condition of anonymity because they were not authorized to discuss intelligence briefings publicly.

The senior Defense Department official told the AP that they had "no idea" what President Donald Trump was referring to when he said during a press briefing at the White House on Tuesday that the explosion "looks like a terrible attack."

Trump later said that his "great generals" told him that they felt like it was an attack.

Inquiries to the Pentagon on Tuesday about Trump's attack remarks were referred to the White House.