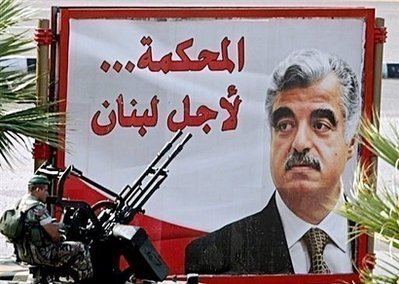 The U.N.-backed Special Tribunal for Lebanon on Wednesday announced the postponement of its verdict in the Rafik Hariri case to August 18, saying the move comes "out of respect for the countless victims" of Tuesday's Beirut blast.

"The Special Tribunal for Lebanon (STL) is deeply saddened and shocked by the tragic events that shook Lebanon yesterday. The Tribunal expresses its solidarity with the Lebanese people in these difficult times," it said in a statement.

"Today, the STL Trial Chamber issued a scheduling order postponing the pronouncement of the Judgment in the Ayyash et al. case, which it had scheduled for Friday 7 August 2020. This was out of respect for the countless victims of the devastating explosion that shook Beirut on 4 August, and the three-day of public mourning in Lebanon," the court added.

"The STL flag is flying at half-mast today to honor those who lost their lives, who were wounded and who are still missing as a result of the explosion in Beirut," the court added in its statement.

Bas badna el 7ae'ah wallow? The Country has moved on since this has happend the various ethnic groups are powerless knowing kizb murdered the PM and they will do nothing. Kizb on the other hand has been exttremely quiet since the explosion as they themselves are the only ones that truly know what happend at the docks. Closer to home and Hariri Jnr aka happy Saad is contemplating on his next model so he can donate another $14MM too. I dont know who is intrested in el 7ae'ah anymore past maybe the media?

This is exactly what hezbollah wanted. to postpone.