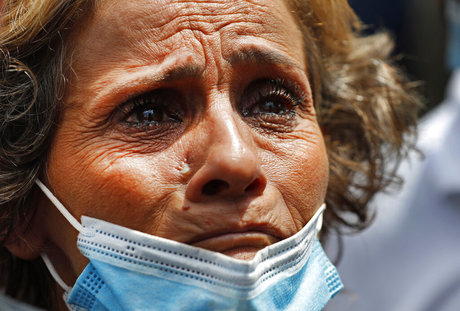 The U.S. military is sending shipments of water, food and medicine to Lebanon, it announced Thursday, two days after a massive explosion devastated Beirut and left hundreds of thousands homeless.

Deliveries of three C-17 military planes loaded with food, water and medical supplies are "impending," said a spokesman for U.S. Army Central Command chief General Frank McKenzie, without stating when they would arrive.

McKenzie said the U.S. was ready to continue providing assistance to the Lebanese during the "terrible tragedy" in partnership with the Lebanese Army, the U.S. embassy in Lebanon and the U.S. international aid agency, USAID, according to the statement.

Public anger in Lebanon is on the boil over the blast caused by a massive pile of ammonium nitrate that had for years lain in a ramshackle portside warehouse.

It left at least 137 dead and 5,000 injured, and hundreds of thousands of people homeless. Rescuers and families are still searching for dozens more people missing since the blast.

The death toll was expected to rise as rescue workers keep digging through the rubble. The blast zone is now a wasteland of blackened ruins, while whole neighborhoods were largely destroyed.

The fallout is expected to cost billions in a small country already plunged into an unprecedented economic and social crisis, battling the coronavirus, and where almost half of the inhabitants live in poverty.