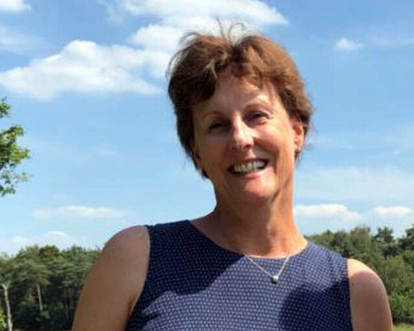 The Dutch foreign ministry says that the wife of the Netherlands' ambassador to Lebanon has died of injuries she sustained in the massive blast that hit Beirut earlier this week.

Hedwig Waltmans-Molier died Saturday morning at age 55. She worked for the Dutch Ministry of Foreign Affairs alongside her husband, Jan Waltmans. The couple had two adult children.

The ministry says that Waltmans-Molier, who worked in the human resources department of the embassy, "was standing in the living room next to Jan and by sheer bad luck was hit by the explosion."

The family had recently returned to Beirut after a holiday.

Minister of Foreign Affairs Stef Blok and Minister for Foreign Trade and Development Cooperation Sigrid Kaag expressed their condolences to the family and paid tribute to Waltmans-Molier in a joint statement.

RIP. What a needless waste of human life.

Sorry for your loss Mr. Ambassador. God bless her soul.

May she rest in peace.