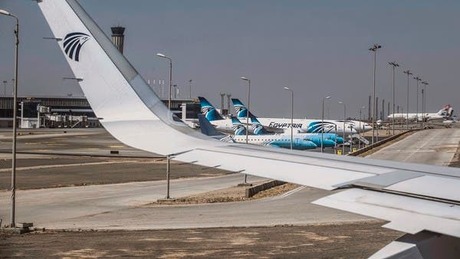 The ministry is "taking precautionary measures with regards to dangerous materials, either immediately releasing them or transferring them to safe storage spaces well outside the range of airports and residential areas," it said in a statement Sunday.

The statement referred to materials held in "cargo bays and storage warehouses in Cairo's airport and all airports nationwide," without specifying which kind of materials would be moved.

The announcement came after an unsecured stock of ammonium nitrate stored in a warehouse in Beirut's port exploded last Tuesday, killing at least 158 people and wounding 6,000 others.

"A committee will conduct a comprehensive evaluation of all procedures applied inside the storage areas... in order to address any risks before they arise," Egypt's civil aviation minister, Mohamed Manar, was quoted as saying.

The Beirut blast left a 43-meter (141 foot) deep crater at the port and wreaked destruction across swathes of the capital.