Hale to Urge Govt. Reflecting 'People's Will' on Lebanon Visit 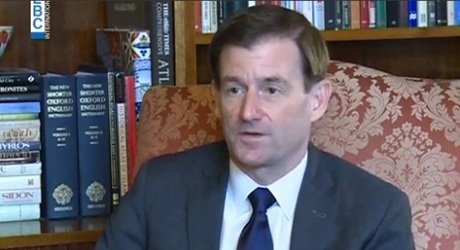 U.S. Under Secretary of State for Political Affairs David Hale will arrive in blast-hit Lebanon Thursday for a three-day visit.

A statement issued by the U.S. embassy said Hale will express his condolences to the Lebanese people for their losses as a result of the devastating explosion in Beirut on August 4.

"He will reiterate the American government’s commitment to assist the Lebanese people in recovering from the tragedy and rebuilding their lives," the embassy said.

Hale will also underscore "America’s willingness to support any government that reflects the will of the people and is genuinely committed to and acting upon such a reform agenda."

He is unfamiliar with Article 24 of the Lebanese Constitution which assigns half of the seats in the national legislature to Christians who are by latest estimates about a third of the population.

Fully aware one is sure of it. Thing is this formula works for a multi confessional society like ours. The alternative, Federation. Lot more Muslims from both sects will opt to join a predominantly Christian Federation adopting Western style democratic governance system and social values.
Such was the Lebanon of the Sixties If you are old enough to remember.
Take your pick.

Mr Hale PLEASE; no more talk and diplomatic cryptic language. PLEASE rid us o= of this iranian plague so Lebanon can get on with thriving and the people living. If you are protectors of democracy surely this needs to be your goal in Lebanon. You know you have strong allies in Lebanon (bar the brainwashed sheep in the southern suburbs of Beirut-they much rather iran and syria which is mind boggling). Please something concrete this time.