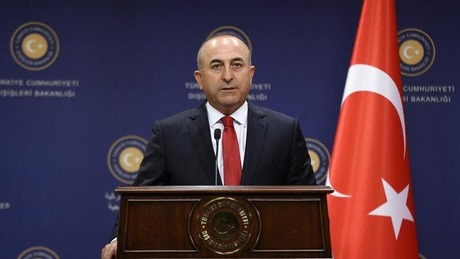 Turkey on Friday condemned a landmark deal between Israel and the United Arab Emirates in which the Jewish state pledged to suspend annexation of Palestinian lands as a hypocritical betrayal of the Palestinian cause.

"While betraying the Palestinian cause to serve its narrow interests, the UAE is trying to present this as a kind of act of self-sacrifice for Palestine," the foreign ministry said in a statement.

"History and the conscience of the people living in the region will not forget and never forgive this hypocritical behaviour."

Turkish President Recep Tayyip Erdogan is a pious Muslim and strong advocate of Palestinian rights who has long criticised Israeli policies in the West Bank.

The foreign ministry said it was "extremely worrying that the UAE, through its unilateral action, put an end to the Arab Peace Initiative developed by the Arab League and backed by the Organisation of Islamic Cooperation".

Does turkey have full diplomatic and intelligence ties with Israel?

When the military was mainly in power they did, the relations are not good now.

Of course. Erdogan: Do as I say not as I do.

the alliance is between the puppet despot of the UAE and Israel.

Bahrain will be next, they need to keep their Shia sheep busy, they’re looking to create jobs.

What a hypocrite! I support Kurdish rights. You oppose Palestinian ones! Have shame!

You are the hypocrite. Israel has many times offered to sit down with the Palestinian leadership to try and arrange a peace between them inclusing the establishment of an independent Palestinian State (Something that the Arabs refused to accept as long ago as 29th November 1947 at the UN).
What has Turkey done towards the Kurds? Bombed them, murdered them, imprisoned their leaders and of course refused to even sit down to talk with them.