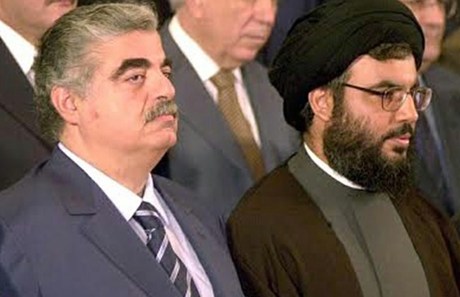 Hizbulah will ignore the verdict due next week by a UN-backed court on the 2005 murder of former Lebanese premier Rafic Hariri, the movement's leader said Friday.

The Special Tribunal for Lebanon is expected to hand down its verdict on Tuesday to four suspects, who were all being tried in absentia and are alleged members of Hizbullah.

"We do not feel concerned by the STL's decisions," Nasrallah said in a televised address.

"For us it will be as if no decision was ever announced," he said. "If our brothers are unjustly sentenced, as we expect, we will maintain their innocence."

Nasrallah has repeatedly expressed similar views completely rejecting the jurisdiction and independence of the court, which is based in The Netherlands.

The slain former prime minister's son Saad Hariri, himself a former premier, is expected in The Hague for the verdict.

The four defendants went on trial in 2014 on charges including the "intentional homicide" of Hariri and 21 others, attempted homicide of 226 people wounded in the bombing, and conspiracy to commit a terrorist act.

Nasrallah warned that "some will attempt to exploit the STL to target the resistance and Hizbullah" but urged his supporters to be "patient" when the verdict is announced.

Observers have voiced fears that the verdict, whichever way it goes, could spark violence on the streets of Lebanon between Hizbullah and Hariri supporters.

Disgusting liars... criminals... druglords... traitors... thieves... What goes around comes around... your time will come...

God bless hezbollah aka the Lebanese government for ignoring the expected verdict of the zio-american-saudi tribunal in order to preserve civil peace.

I agree!!! Hariri must be arrested by conspiration with the ksa against the president of lebanon

Hariri conspirated against the cretin president of lebanon!!!

Tric, would you shed some light on what conspiration, conspirated and cretin mean, bro stick to farsi because its very evident English is not your cup of tea you Iranian slave.

I am perfected in english like Guilhermino Shakesper!! Cretin mean like cretin president Aoun and cretin future president Gebran Bassile!! I do not dring tea I dring coffee!!!

The verdict should be heard worldwide. The criminals should be brought to justice and their leader should rot in prison! Hizb and Syria are behind Hariri's killing! You are murderers and nothing but Iranian slaves. Tfeh

The international community will not tolerate that the sentenced criminals are not caught and sent to the STL to serve their prison sentence.

What really happened is he blew himself up so the world would blame Iran. Very sneaky.

i killed hariri , and i am not a member of hezbollah so come arrest me with your europeans masters

Hezbulla is weaker than ever and scared to it's core about it's resistance. This verdict will NOT directly lead to an impact on ground (just some noise), but will have a long term effect on the party on an international level.