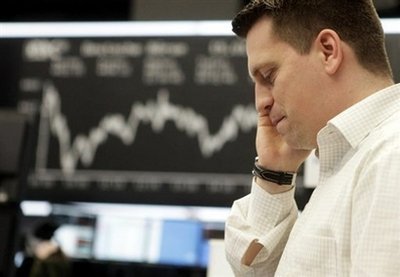 Wall Street probably will keep a close eye next week on developments in the Egypt crisis, though it did not prevent stocks from hitting their highest levels in more than two years.

Even at two-year highs, the market is "in an uncomfortable situation" because of fears of contagion, said Gina Martin of Wells Fargo Securities.

"The big risk is that it extends beyond Egypt borders" and another country in the Middle East experiences "some form of uprising."

"It is a bigger risk than we would like to see," she added.

Over the past week, the Dow Jones Industrial Average gained 2.27 percent to close Friday at 12,092.15 points.

A week earlier the Dow had snapped an eight-week winning streak, weighed down by the mounting unrest in Egypt and disappointing company earnings.

The tech-rich Nasdaq outperformed the Dow this week, jumping 3.07 percent to finish at 2,769.30 points.

"In the U.S. people have come to the belief, or realization, that Egypt is not a disruptive concern for the U.S. economy or for the earnings," said Dan Greenhaus at Miller Tabak.

The first two trading sessions of the week erased the losses of the previous week.

The Egypt crisis roiled the oil markets, pushing London's benchmark Brent crude oil above $100 a barrel for the first time in more than two years.

"At the same time corporate earnings are in pretty good shape," he said. "And the economic data continues to be better than expected."

The week's most keenly awaited numbers, on the ailing labor market in January, turned out Friday to present a muddled picture.

The unemployment rate unexpectedly fell, to 9.0 percent from 9.4 percent in December, and the economy added far fewer jobs than predicted, 36,000, in a report skewed by statistical adjustments and severe winter weather.

Other indicators in the week were mainly positive. The Institute of Supply Management's indexes on the manufacturing and service sectors were particularly strong.

Amid a wave of corporate earnings, nearly one in three reported profits that beat analyst forecasts, and about two-thirds had better-than-expected sales, Martin said.

"Not only earnings are positive but also the quality of earnings is better," she said.

Next week will feature fewer major earnings reports than in the two preceding weeks.

Among the top companies reporting financial results will be Walt Disney, Coca-Cola and Kraft Foods.

A modest economic calendar will end Friday with the U.S. trade deficit numbers for December.

Without much economic data on tap, said Greenhaus, "we're really left with the market on autopilot."