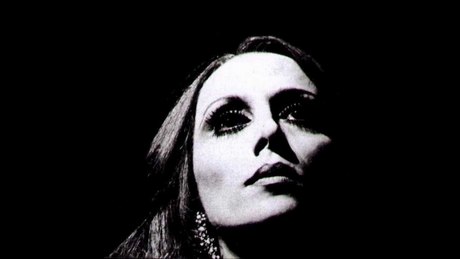 The Arab world's last living music legend Fairuz, who French president Emmanuel Macron is to visit Monday in Beirut, is a rare symbol of national unity in crisis-hit Lebanon.

Since the death of Egyptian diva Umm Kulthum in 1975, no Arab singer has been so profoundly venerated as 85-year-old Fairuz -- a stage name that means "turquoise" in Arabic.

For decades, she captivated audiences everywhere from her native Beirut to Las Vegas, including the grand Olympia in Paris and the Royal Albert Hall in London.

She has sung of love, Lebanon and the Palestinian cause, in ballads that have revolutionised Middle Eastern music.

Fairuz is "certainly one of the greatest Arab singers of the 20th century," expert in Middle Eastern music Virginia Danielson told the New York Times in 1999.

When she sang, she appeared as if in a trance: eyes glazed over, expression stoic, small smiles flashing quickly across her face.

"If you look at my face while I am singing, you will see that I am not there, I am not in the place," she told the New York Times in a rare interview.

Fairuz has been dubbed "our ambassador to the stars" by her compatriots -- not just for her celestial voice, but because she is a rare symbol of unity for a country bitterly divided by a 15-year civil war.

Born Nouhad Haddad in 1934 to a working class Christian family, she studied at the national music conservatory as a teenager.

During her time with the Lebanese state radio choir, composer Halim al-Roumi nicknamed her Fairuz and introduced her to composer Assi Rahbani, whom she married in 1955.

Fairuz shot to fame after her first performance at the Baalbeck International Festival in 1957.

Her reign as the queen of Arabic music was partly thanks to her championing the Palestinian cause, including "Sanarjaou Yawman" or "We Shall Return One Day", an elegy to Palestinians exiled by the creation of Israel in 1948.

The star is an immortal icon in her native Lebanon.

Many of her most popular songs are nostalgic odes to pastoral times. Others are poems by the likes of Lebanese legends Gibran Khalil Gibran and Said Aql that are set to music.

She has largely disappeared from public life in recent years, but her soaring voice remains ubiquitous, blaring every morning from radios in street cafes and taxis.

"When you look at Lebanon now, you see that it bears no resemblance to the Lebanon I sing about, so when we miss it, we look for it through the songs," the diva told the New York Times.

Fairuz also won national acclaim for remaining in Lebanon throughout the country's civil war from 1975 to 1990, and for refusing to side with one faction over another.

Tens of thousands of people swarmed her first post-war concert, in 1994 in Beirut's downtown.

"I love you, oh Lebanon, my country, I love you. Your north, your south, your valley, I love you," she croons in one of her most well-known songs.

Fairuz is famously protective of her personal life.

"When she wants to, she can be really funny. She's also a distinguished chef. Very humble, she loves serving her guests herself," journalist Doha Chams, her press officer, told AFP.

But she hates "the invasion of her private life".

Fairuz had four children with husband Assi Rahbani, who died in 1986.

Their daughter Layal died at a young age of a brain haemorrhage, their son Hali is disabled, and Rima, the youngest, films and produces her mother's concerts.

Her eldest son, Ziad, followed in the footsteps of his father and uncle as a musician and composer.

Fairuz worked closely with Ziad -- known as a troubled, but talented artist -- to compose songs with a jazz influence.

The Lebanese star's recent past has been marked by a string of family and political controversies.

In 2008, when Lebanese political factions were fiercely divided over support for the regime in neighbouring Syria, Fairuz performed in Damascus.

Two years later, the Lebanese judiciary prevented her from singing tunes co-written by the Rahbani brothers without the authorisation of the sons of her brother-in-law Mansour.