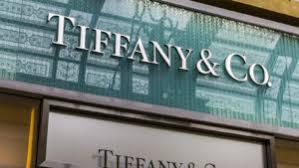 U.S. and European markets rose Wednesday, brushing aside falls in Asia and an overnight rout on Wall Street -- but U.S. jeweler Tiffany slumped on news its buyout by France's LVMH was off.

Wall Street bounced back from a three-day rout in early trading as the Dow added almost one percent while the Nasdaq Composite Index jumped 1.8 percent after recent sessions had trashed tech.

Tiffany shares sank 10.5 percent after French luxury grup LVMH said it was withdrawing from a $16.2 billion acquisition which would have been the biggest ever in the luxury industry, blaming arguments over deal-closing deadlines and threatened U.S. taxes on French goods.

Two hours from the close in Europe, London's benchmark FTSE 100 gained 1.3 percent, helped by the struggling pound which boosts earnings for multinationals trading on the index.

Shares in British drugs group AstraZeneca dropped 1.5 percent before edging back after the company "voluntarily paused" a randomized clinical trial of its coronavirus vaccine, in what it called a routine action after a volunteer developed an unexplained illness.

The company, which is developing the drug alongside the University of Oxford, is a frontrunner in the global race for a Covid-19 vaccine.

Sterling continued its retreat on fears that Britain will fail to strike a post-Brexit trade deal with the European Union as the euro barreled still higher against the pound to 91.09 pence. The pound also struck a six-week low against the dollar at $1.2919.

"European stocks and U.S. index futures have recovered... following a big drop on Wall Street the day before, where technology shares were hammered on valuation concerns," noted Fawad Razaqzada, analyst at ThinkMarkets.

"There has been no obvious trigger behind the rebound and it remains to be seen whether the recovery will hold once the US session gets underway."

Razaqzada said that hopes of further stimulus from the European Central Bank could be helping eurozone indices.

Tech giants including Apple, Microsoft and Tesla had led Tuesday losses to bring the Nasdaq's succession of record highs to a juddering halt -- but analysts said Wednesday the latest selling was broadening out.

Tesla, which on Tuesday collapsed 21 percent -- its worst day on record -- was up almost nine percent in early trading.

While technology firms in the region were taking a hiding, energy firms were also in the cross-hairs after oil prices on Tuesday suffered their heaviest losses since the early days of the pandemic before pulling off week lows Wednesday.

The commodity had retreated on concerns about demand as the global recovery stutters and after the US summer holiday season -- when people traditionally take to the road -- came to an end.

There are fears OPEC will begin picking up production soon, after an output cut put in place to support the market earlier in the year.