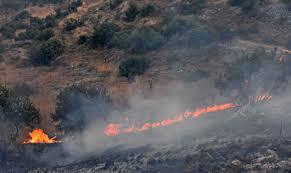 "Numerous fires have been put out, others brought under control, but the fires continue to rage in some areas" of Latakia, forestry official Hassan Fares told AFP.

The agriculture ministry said steep terrain was an obstacle to fire trucks being able to reach the fire hit areas quickly.

There was no immediate data for how large an area had been affected overall.

Summer fires, sometimes sparked by accident and generally not linked to the war, are common in Syria, but residents have said this year's are worse than usual.

Syria's war has killed more than 380,000 people, displaced millions from their homes, and decimated the country's economy.