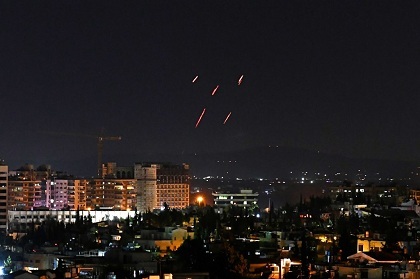 "At 1:30 am (2230 GMT Thursday), the Zionist enemy carried out an air attack, targeting the outskirts of Aleppo with salvos of missiles," state news agency SANA said.

The news agency did not specify what the target was but said that air defences had "intercepted most of the missiles".

Israel has carried out hundreds of air and missile strikes on Syria since the civil war broke out in 2011, targeting Iranian and Hezbollah forces as well as government troops.

The Israeli army rarely acknowledges individual strikes, but did confirm on August 3 that it had used fighter jets, attack helicopters and other aircraft to hit military targets in southern Syria.

In recent weeks, presumed Israeli strikes have hit targets across government-held territory in Syria, from areas near the armistice line on the Golan Heights to the town of Albu Kamal on the Iraqi border in the far east.

After nine years of civil war, the Syrian government and its allies now control most of the country but the northwest remains in rebel hands while the northeast is controlled by Kurdish forces.