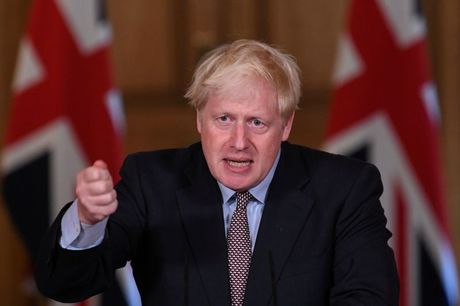 Britain's parliament on Monday finds itself in familiar territory -- arguing about Brexit -- with threats of rebellion and resignations over Prime Minister Boris Johnson's controversial plan for a new law that will break his EU divorce treaty.

The House of Commons holds its first debate and vote over the bombshell new bill from late afternoon, despite a call from Brussels for it to be withdrawn by the end of the month.

It would see London unilaterally regulate UK trade and state aid within the British province, ignoring the EU treaty which gives Brussels a continuing say over Northern Ireland's trading relationship.

If the law passes in the coming weeks, Brussels has warned it could scupper ongoing trade deal talks and threatened court action, leaving the prospects of an orderly Brexit in tatters.

Even some Brexiteer lawmakers were aghast that Britain would wilfully trash an international treaty, threatening the country's reputation and potentially endangering Northern Ireland's fragile peace.

Former prime ministers John Major and Tony Blair this weekend openly criticised the action, while David Cameron said Monday he had "misgivings" about the approach.

"I think it is wrong that the British government or our parliament should renege on an agreement on which we gave our solemn word," he told Times Radio.

The latest row revives the bitter wrangling over how to implement British voters' shock decision in 2016 to quit the bloc, which led to parliamentary deadlock and repeated postponements.

The impasse was broken after Johnson sealed a divorce deal with Brussels and used it to win a thumping victory in a December general election which gave his Conservatives an 80-seat majority in the House of Commons.

Brexit took legal effect the next month, but in practice Britain has remained bound by EU rules under a transition period until the end of this year.

With the clock ticking down, no breakthrough is in sight for regulating cross-Channel trade from January, and Northern Ireland is back as a fiendishly complicated obstacle.

Britain claims it needs the new law as an insurance policy in case no trade agreement is struck, but the EU was left blind-sided, as were many in parliament.

The government nonetheless appears determined to ram the UK Internal Market Bill through as quickly as possible, and senior minister Michael Gove believes it can avert a full-scale rebellion.

"I think we have got the support of our own MPs and MPs in other parties as well," he told BBC television. "But you're absolutely right we are reaching a crunch moment."

On Friday evening, the prime minister held a chaotic Zoom call with about 250 Conservative backbenchers which appeared to do little to mollify the malcontents.

Johnson warned them against a return to the "miserable, squabbling days of last autumn" over Brexit, according to MPs' accounts to the media afterwards.

Not long after the call, he accused the EU of plotting to break up the UK with a food "blockade" down the Irish Sea, which EU leaders have denied.

MPs will get their first chance to debate the legislation from mid-afternoon Monday, before voting at around 2100 GMT to continue its passage through parliament.

However, more meaningful votes on attempts to change the draft law will not come until next week.

Commons Justice Committee chairman Bob Neill has filed an amendment to dictate that parliament, not the government, will have the final say on any changes to the EU Withdrawal Agreement.

The bill "is potentially a harmful act for this country, it would damage our reputation and I think it will make it harder to strike trade deals going forward," he told Channel 4 News.

It remains to be seen whether Tory rebels can muster the numbers to seriously embarrass the government on Monday or whether they could hold their fire until future votes.

The main opposition Labour party, which opposed Brexit, says it is open to negotiation about the bill but would rather be talking about Covid-19.

"We should be getting on with defeating this virus, not reigniting old rows," Labour leader Keir Starmer wrote in the Sunday Telegraph.