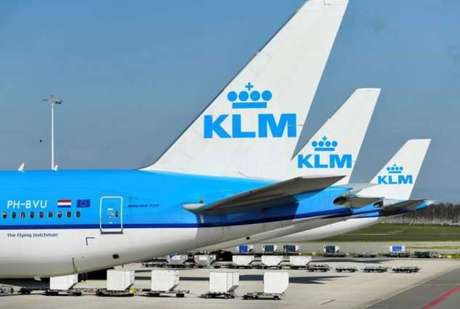 Greenpeace Netherlands said Monday it will contest in court the Dutch government's 3.4-billion-euro bailout of KLM over a lack of conditions requiring the airline to reduce its environmental impact.

Governments around the world have stepped in to help airlines which have suffered from travel restrictions imposed to slow the spread of the novel coronavirus.

The Netherlands has provided a 90-percent state guarantee for a 2.4-billion-euro loan to issued to the airline by a consortium of 11 banks, plus a direct loan of 1.0 billion euros ($1.2 billion) to KLM.

But Greenpeace said KLM is operating without a solid climate action plan and added that the environmental policy for aviation from the Dutch government is inadequate.

"The government neglects to make strict agreements for KLM to reduce pollution," said Dewi Zloch, a climate and energy expert at Greenpeace Netherlands.

The group called on the government to implement a CO2 emissions cap for KLM that would be reduced yearly.

Greenpeace also took issue with the government's argument that the bailout is meant to protect jobs.

"Though this bailout is supposed to ensure job security, that is exactly what our government does not achieve," said Zloch.

KLM said at the end of July that it will cut up to 5,000 jobs out of its current workforce of 33,000 due to the coronavirus crisis. That reduction is on top of 2,000 jobs it had already planned to cut.

Greenpeace said its lawsuit could potentially have important consequences for other airline bailouts, noting that European airlines have received 32.5 billion euros so far.

The group gave the government an October 1 deadline to try to negotiate a compromise before going forward with the lawsuit.

Public television station NOS said Finance Minister Wopke Hoekstra was unconcerned about a possible legal challenge to the bailout as the European Commission had judged it to be "completely acceptable."

Hoekstra had warned Sunday that the survival of the Air France-KLM group is not guaranteed if the economic crisis caused by the coronavirus pandemic continues.

The bailout for KLM must be accompanied by "a comprehensive restructuring plan" as well as commitments to reestablish performance and competitiveness, he said.

French Transport Minister Jean-Baptiste Djebbari rejoined Monday that the airline group "is already making substantial adjustments" to remain competitive, pointing to job cuts that he said are "proportionate" to the level of the crisis.

Air France, which been offered a 7.0-billion-euro bailout package, plans to cut 7,580 jobs by 2022, with half of the staff at its regional airline Hop! to lose their jobs as short-haul service is cut back drastically.