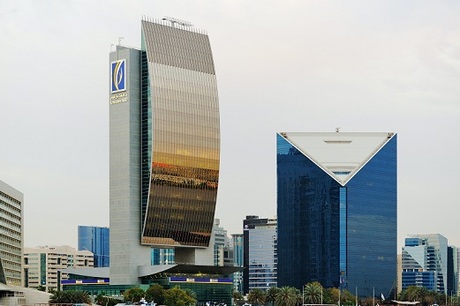 The National Bank of Dubai, the largest banking group in the emirate, signed a memorandum of understanding Monday with Israel's Bank Hapoalim, on the eve of the UAE-Israel normalization accord signing.

"It is a great honor to be the first bank to sign such an agreement that will contribute to the establishment of the relationship between the two countries," Bank Hapoalim’s CEO, Dov Kotler, said in a statement issued by NBD.

It said the MoU was "part of a broader engagement between the UAE and Israel to further peace, dialogue and stability and establish cooperation to promote sustainable development."

An Israeli business and banking delegation arrived in Dubai last Tuesday on the first such visit since the August 13 announcement of a normalization of ties between the Jewish state and the United Arab Emirates, of which Dubai is a member.

On Tuesday in Washington, both the UAE and fellow Gulf state Bahrain are to sign normalization accords with Israel.

At least the monarchy will get Interest Free loans, since they all are jewish frankists

God Bless progress. Some countries move forward advancing, serving their people and others regress to the dark ages because of a religious war mongering terrorist whose supporters all live in poverty.

National bank of abudhabi is the biggest bank in the UAE, it is NBAD and NOT NBD It has since merged with gulf bank and it is called First Abudhabi bank.