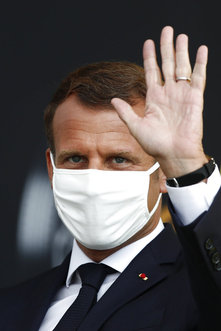 “France has no intention to freeze its initiative, which is not confined to a deadline that expires on Sunday, as previously rumored,” MTV quoted unnamed sources as saying.

“Solution are currently being sought for the governmental file, including highlighting the fact that the rotation of ministerial portfolios was not a part of the French initiative,” MTV added.

Some ex-PMs, specifically Hariri and Fouad Saniora, are meanwhile refusing to budge on “the principle of rotating the ministerial portfolios,” the TV network said.

I’m tired of our politichiens.

You see there is the problem. They never stick to a deadline and keep postponing endlessly. Yet people wonder why we are where we are.