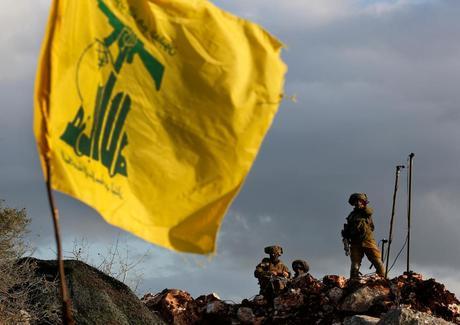 France’s foreign ministry said there was no evidence that Hizbullah stores chemicals in France that can be used to make explosives.

“There is no evidence that the armed wing of Hizbullah has stored chemicals for making explosives in France, after a senior US official said that the group had established hideouts in Europe since 2012,” France's Foreign Ministry announced.

Nathan Sales, the U.S. State Department coordinator for counter-terrorism said Friday that Hizbullah operatives have moved ammonium nitrate from Belgium to France, Greece, Italy, Spain and Switzerland in recent years and are suspected to still be storing the material throughout Europe.

“As far as we know, there is nothing concrete confirming such a claim in France today," French foreign ministry spokeswoman Agnes von der Muhll told reporters in response to Sales' allegations.

The U.S. has designated Hizbullah as a foreign terrorist organization since 1997, but some countries distinguish between the organization's military wing and the political wing.

France has some major contracts on stand-by in Iran. Work it out.

French intelligence is completely out, they are even unable to foil terrorist plots from within their ranks, so of course they don't have a clue about Hizbullah activities on the French soil. Hizbullah which as already carried out bloody attacks on French civilians in the 80's by the way.

Wait, how can Hizbullah have an armed wing when the whole organization was essentially created as the armed wing of Iran's revolutionary guards expositing the Islamic revolution?

The terrorist hezbollah blew up Paris in the 80's and according to the Macron it was not by explosives:)

The work of the Islamic jihad aka Hizbala

Been telling you all never rust the Frenchys let alone the Europeans. They are trying to protect whatever investment they currently have or will have with the Fanatical Mullahs in tehran

No one in the US will call French fries Freedom fries again.

Do you think France will sell Iran weapons like they have done to gulf countries?

To the Israelis in here. France is a thorn in your plans. Eat your heart out lol

Only bigJohn from the whole Iranian axis of resistance would defend and quote Trump. You my friend from Khoury are nothing but a religious bigot.

French people if you spit on their face they will claim its raining. thats why the German were so happy with so many collaborators. this is a nation which the smell of Arabian oil is more dear to them than human blood.