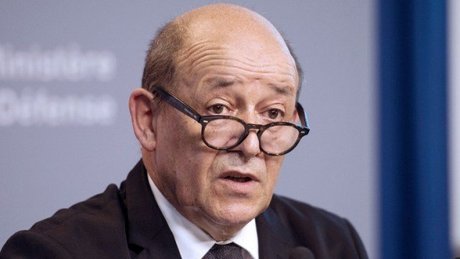 France on Wednesday urged the international community to apply strong and unified pressure on Lebanon to form a new government, as frustration grows with the pace of reform in the wake of the giant Beirut port explosion.

"The political forces have still not succeeded in agreeing to form a government," French Foreign Minister Jean-Yves Le Drian told a videoconference meeting on Lebanon on the sidelines of the United Nations General Assembly.

"Strong and convergent pressures are therefore needed from us to push Lebanese officials to respect their commitments," he added, according to the text of his speech.

"These convergent efforts must continue as long as necessary," he said.

French President Emmanuel Macron, who has visited Lebanon twice in the wake of the explosion, had repeatedly urged the Lebanese not to waste any more time in forming a government.

Prime minister-designate Mustafa Adib is under pressure to form a fresh cabinet as soon as possible, so it can launch reforms required to unlock billions of dollars in foreign aid.

Adib's efforts to form a government have been effectively blocked by the two main Shiite groups in Lebanon's usual power-sharing arrangement -- Amal and Hizbullah. The two groups argue that an unwritten agreement was reached at the 1989 Taef conference that allocated the finance ministerial portfolio to the Shiite sect, claims disputed by many parties including some MPs who attended the Taef meetings.

The August 4 explosion of hundreds of tons of ammonium nitrate at the Beirut port killed more than 190 people, wounded thousands, and ravaged large parts of the capital, prompting the previous cabinet to step down.

Or.... give visa only to Shias and everyone else can build the nation.