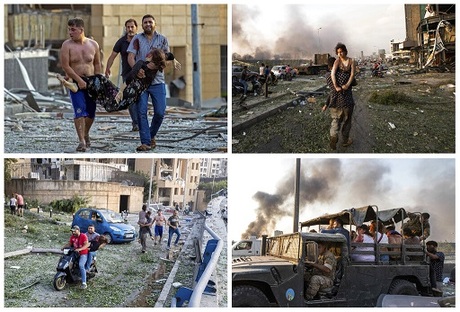 The Higher Judicial Council noted Thursday that Judicial Investigator Judge Fadi Sawan is continuing his investigations in the case of the Aug. 4 port explosion in order to “achieve justice as soon as possible but without hastiness.”

“On August 17, the judicial investigator launched his investigations and interrogations according to a work plan aimed at achieving the desired results and fulfilling the aspired justice as soon as possible but without hastiness,” the Council said in a statement.

It added that Sawan’s plan is based on “impartiality and professionalism” and that he will not stand at “any red lines” as he conducts his investigations.

“The judicial investigator pledges to the Lebanese people to seek the completion of the investigations he has started all the way to pinpointing responsibilities against the culprits,” the statement said.

“All the measures and actions he is taking are aimed at meeting this objective, and although taking the needed time, they will lead to the desired result and to fulfilling the desired justice,” the Higher Judicial Council vowed.

Some observers have criticized the probe as being too slow while others have demanded an international investigation.

Twenty-five people, including top customs and port officials, have been detained in the ongoing probe. Thirty-one others, including caretaker PM Hassan Diab and current and former ministers, have testified as “witnesses.”

The catastrophic blast, one of the most powerful in history, killed around 200 people, injured around 6,500 others and devastated swathes of the capital. It has been largely blamed on corruption and negligence after it was determined that around 3,000 tons of explosive ammonium nitrates had been left languishing unsecured at the port for around seven years.

NO RED LINE yah right!!! And the sheep will follow this BS straight to the slaughter house!!!

Bla blah blah--not a single government official has been indicted, and everyone knows that an MP or minister (most likely multiples of them) knew of this. They are just looking for scapegoats at this point in time.