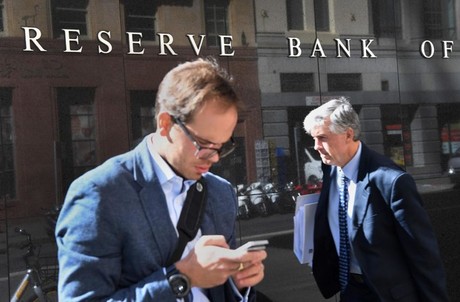 Australia plans to roll back "responsible lending" laws adopted in the wake of the financial crisis in an effort to spur an economic recovery from the coronavirus pandemic, officials said Friday.

Treasurer Josh Frydenberg said credit restrictions imposed on lenders in 2009 had stifled lending and was impeding efforts to recover from Australia's first recession in nearly 30 years.

"As the nation strives to recover from Covid-19, the provision of and access to credit will be critical to rebuilding every sector of our economy, from hospitality to tourism, construction to retail," he said in a statement.

The laws require lenders to take steps to determine if potential borrowers will be able to repay their loans in hopes of avoiding a repeat of the crisis sparked by the subprime mortgage meltdown in the US.

But Frydenberg said this "burden of regulation" had become an obstacle to economic growth.

"Across time, lenders have become increasingly risk averse and overly conservative. As a consequence, borrowers, irrespective of their financial circumstances, have faced an ever more intrusive, difficult and drawn-out approval process," he said.

"What started a decade ago as a principles-based framework to regulate the provision of consumer credit has evolved into an overly prescriptive, complex, costly, one-size-fits-all regime known as responsible lending obligations," he said.

The conservative government's move was welcomed by business groups and sent bank stocks sharply higher, with National Australia Bank and Westpac both up more than six percent, ANZ jumping more than five percent and Commonwealth Bank up 3.4 percent.

A coalition of consumer groups however said the step would lead to a return of the banking misbehaviour that was slammed by a Royal Commission of inquiry last year.

"Watering down credit protections will leave individuals and families at severe risk of being pushed into credit arrangements that will hurt in the long term," said Karen Cox, head of the Financial Rights Legal Centre, calling the decision to drop responsible lending rules "a shortsighted fix for a flailing economy".

A spokesman for the Labor Party said the ditching of the lending regulations signalled that the government was backing away from promises to implement banking reforms recommended by the Royal Commission.

Those recommendations included a demand that the responsible lending laws be maintained.

"The government has form when it comes to going easy on the banks and loan sharks," said Jim Chalmers, Labor's shadow treasurer.

Australia's banking industry, one of the world's most profitable, was slammed by the Royal Commission for rampant malpractice that included charging fees to dead people, using overly aggressive sales tactics and providing poor financial advice to clients.

All the banks have reported significant hits to profits as they reimburse hundreds of millions of dollars to wronged customers.