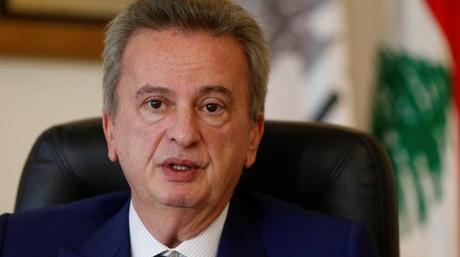 Central Bank governor Riad Salameh denied allegations he received a four-month bonus on his salary as reported in al-Joumhouria daily on Friday.

Salameh issued a statement saying “he did not and will not receive any bonus on his salary,” describing the claims as unfounded.

The governor’s salary witnessed reductions in 1998, said the statement and that no raise was applied since, except for the legal additions.

On Friday, al-Joumhouria said a four-month bonus has allegedly been approved for Salameh and his newly appointed vice-governors, for members of the Banking Control Commission and all BDL employees.

Lebanon is witnessing an unprecedented economic crisis that saw banks impose restrictions on both dollar and Lebanese pound and on transfers abroad.

thief! POS! This guys should be on the end of a rope

Hang him and his brother now!