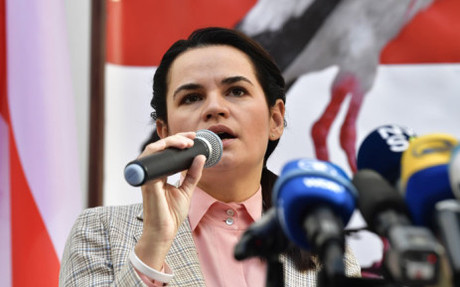 Belarus opposition leader Svetlana Tikhanovskaya on Monday called for French President Emmanuel Macron to mediate in the political crisis in her homeland, voicing hope that he could involve Vladimir Putin in opening a dialogue.

"Mr Macron is one of the strongest leaders in Europe and in the world so he would be at least one of these mediators. Maybe he would be able to influence Mr Putin to participate in this mediation," she told AFP in Vilnius, where Macron will be arriving on a visit later on Monday.