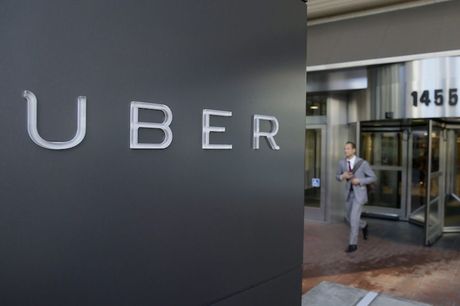 Uber on Monday won a London court appeal, allowing the U.S. ride-hailing giant to operate in the capital for the next 18 months, after a judge ruled it was a "fit and proper" firm despite safety concerns.

Uber -- which has 3.5 million customers and 45,000 drivers in the British capital -- overturned Transport for London's (TfL) refusal last year to renew its operating license around the issue of unauthorized drivers.

The San Francisco-based company was permitted to continue operating in London during the appeal process.

Despite pointing to Uber's "historical failings", judge Tan Ikram on Monday said Uber was "a fit and proper person" to hold a private hire vehicle operator's license in London.

He noted that Uber had sought to explain how breaches had taken place and how they would be remedied.

Jamie Heywood, Uber's general manager for northern and eastern Europe, said Monday's "decision is a recognition of" the company's "commitment to safety".

Heywood admitted that Uber's behavior over the problem of unauthorized drivers had been wrong.

"It was not what we would do now. It was inadequate, we could have done better," he said.

TfL, which is chaired by Mayor of London Sadiq Khan, acknowledged Monday that "Uber has implemented a number of changes to improve passenger safety and address the issues".

It added in a statement: "This 18-month license with a number of conditions allows us to closely monitor Uber's adherence to the regulations and to swiftly take action if they fail to meet the required standards."

The transport authority had argued that some Uber trips across London had taken place with unlicensed, suspended or dismissed drivers.

In court, the judge said Uber had tightened up review processes over issues of document and insurance fraud.

"Uber does not have a perfect record but it has been an improving picture," Ikram added.

"The test as to whether Uber are a 'fit and proper person' does not require perfection.

"I am satisfied that they are doing what a reasonable business in their sector could be expected to do, perhaps even more," the judge said.