At Least 5 Civilians Killed in Rocket Fire near Baghdad Airport 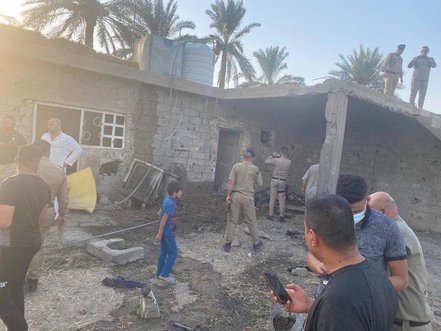 Three Iraqi children and two women from the same family were killed Monday when a rocket targeting Baghdad airport, where U.S. troops are stationed, fell instead on their home, the army said.

The latest in a string of incidents targeting American interests in Iraq came after Washington threatened to close its embassy and withdraw its 3,000 troops from the country unless the rocket attacks stop.

The attacks, which started around a year ago, have caused few casualties.

Monday's incident was the first to claim so many civilian lives. The army said it also wounded two other children.

Twitter accounts supporting US arch-enemy Iran regularly praise the attacks, but that was not the case Monday, and no group immediately claimed responsibility.

Previous attacks of the same nature have been claimed by murky groups saying they are acting against the "American occupier".

Experts say they include former members of pro-Iranian factions of the Hashed al-Shaabi paramilitary alliance.

The Iraqi army, in its statement Monday, accused "criminal gangs and groups of outlaws" of seeking to "create chaos and terrorize people."

Between October and July, at least 39 rocket attacks targeted U.S. interests in Iraq. Almost the same number again have taken place since.

Iraqi intelligence sources have blamed the attacks on a small group of hardline Iran-backed paramilitary factions.