UAE Sets Sights on the Moon 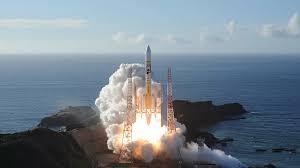 The United Arab Emirates announced Tuesday it will launch an unmanned rover to the moon by 2024 as it seeks to expand its space sector.

The UAE -- a collection of seven emirates better known for its skyscrapers, palm-shaped islands and opulent mega attractions -- is a newcomer to the world of space exploration but quickly making its mark.

In September 2019, the oil-rich country sent the first Emirati into space as part of a three-member crew that blasted off on a Soyuz rocket from Kazakhstan for an eight-day mission.

Then in July, it launched an unmanned spacecraft from Japan's Tanegashima Space Center bearing the "Hope" probe destined for Mars, in the Arab world's first interplanetary mission.

The Emiratis now have their sights on the moon, according to the UAE's vice president, Dubai ruler Sheikh Mohammed bin Rashid Al-Maktoum.

"We have launched a new Emirati project to explore the moon," he said on Twitter on Tuesday. "It will be an Emirati-made lunar rover that will land on the surface of the moon by 2024."

Sheikh Mohammed also said that the rover -- named "Rashid" after his father who is credited with modernizing Dubai --  will cover "areas not yet reached in previous exploration missions."

The project marks another first for the UAE, making it the first trip to the moon by an Arab country.

Sheikh Mohammed said the lunar mission was part of the country's space strategy to build new knowledge-based and scientific capabilities.

The Dubai Media Office said that the 10-kilogramme (22 pound) rover will be an integral part of efforts to build the first settlement on Mars in 2117 -- one of the UAE's most ambitious plans.

Let us remember that Charles Elachi, the head of JPL for many years, was leading the US effort in lunching all its probes to explore Mars and other planets. It is tragic when we compare Lebanon's potential with the dark ages Hizbollah criminal organization and its puppet Aoun and Bassil have taken Lebanon since 2006. They have raped Lebanon in broad daylight! No justice until we see them all in prison.

It is your M14 leaders who MOSTLY have raped and robed Lebanon. The US was created and became wealthy by exploiting the labor of Black slaves and committing genocide and stealing the land and natural resources of the Native Americans. Then they increased their power and wealth by criminal colonialism, imperialism. invasions, and occupations, and have slaughtered more civilians than any country since Adolf Hitler's Nazi Germany. In a decade, the US will drown in debt and the dollar will fall like the Lebanese Lira.

As far as the UAE, the rulers would have been the laughing stock of the Arab world if it was not for oil and gas in a land with a small population. So go play in the garden.

Bigjohn ... even if you ask supporters of the Hezbollah, many will tell you that Berri is the Godfather of corruption in Lebanon. But yes many in M14 is involved in corruption and many around the Hezb and FPM. And equally true is that you cannot build a state without building a modern state and that include unity of arms

The Arabs are NOT progressing under the rule of puppet tyrant dictators. Their people are ready to overthrow those criminal collaborators the chance they have like they did of Mubarak, Bin Ali, King Faisal of Iraq, etc ETC We would rather have dignity and resist, and not be enslaved by your terrorist ethnic cleansing Jewish colonial Nazi entity and the Israeli lobbies in the West. There is a cost for resisting foreign imperialists and free people throughout history have defeated imperialists like you and their paid puppets. As former US Navy commander Leah Bolger said yesterday Iran has not attacked another country in the past 300 years unlike your criminal existence that came about by colonial aggression. We would prefer not having 24/7 electricity and not be enslaved. It is a moral CRIME to recognize your criminal Apartheid state.

If you want the "Arabs to progress" go back to where you came from and stop killing children, destroying homes, stealing land, building Racist Jewish colonial settlements and give back what have you stolen.

Except of paid collaborators, all natives oppose your criminal existence, not just Islamists. 72 years of Israel is not a long time: it took more than 2 centuries to end white colonial rule in South Africa, 2 centuries to end French rule in Algeria, 2 centuries to kick out the Western crusaders, and more than a century to kick out imperialists in Vietnam. They were all poorer than the current middle eastern Natives. So sooner or later: next year in Jerusalem. The fact you are getting paid to write comments and begging for acceptance makes me gloat.

"next year in Jerusalem"
Considering the situation in Lebanon at the moment, I presume you are referring to your emigration to that little town in New York State, USA