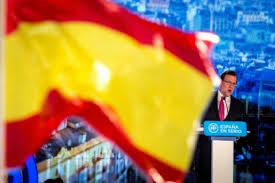 Spain's public debt soared in the second quarter to its highest level in at least 20 years as government spending rose sharply in an effort to tame the coronavirus pandemic, official figures showed Wednesday.

For much of the second quarter, Spain was in lockdown with the economy put into "hibernation" to fight the spread of the virus.

In May, Spain's government acknowledged that managing the pandemic would have a devastating effect on the public accounts, given the collapse in revenue during months of lockdown and the "sharp rise" in expenditure to offset the resulting economic crisis.

Government estimates see Spain's debt-to-GDP ratio soaring to as much as 115.5 percent by the year's end.

Over the same period, the annual public or budget deficit is seen rising to 10.3 percent, compared with 6.12 percent at the end of June, to produce the "biggest deficit since 2012".

The government has activated a number of key measures to mitigate the pandemic's impact on the economy, notably an extended furlough scheme, which are set to cost the equivalent of 20 percent of this year's GDP.

Although the state of emergency was lifted in late June, Spain is currently fighting a second wave of the virus which has now killed 31,000 people and infected more than 750,000, the highest infection rate within the European Union.

Spain plunged into recession in the second quarter when its gross domestic product tumbled by 18.5 percent due to the pandemic. First-quarter growth fell 5.2 percent, with a recession commonly defined as two consecutive quarters of a contraction in GDP.