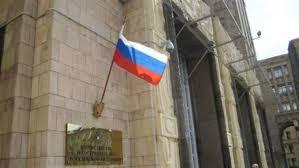 In a video address to the UN General Assembly on Tuesday, German Foreign Minister Heiko Maas said Navalny's poisoning was a violation of the ban on chemical weapons and therefore a problem for "the entire international community."

"I call on Russia to do more to clarify this matter," Maas said.

On Wednesday, the Russian foreign ministry accused Berlin of "provocative" behavior by using the UN to make "groundless claims".

Moscow said it viewed those statements as the "continuation of Berlin's openly hostile line" on Navalny's case.

Russia said it was especially "cynical" because Germany had failed to respond to three requests for cooperation from the General Prosecutor's Office in Moscow.

"The West often says that it's no longer possible to deal with Russia, that is to conduct 'business as usual,'" the Russian foreign ministry said.

"From our end, we are coming to the conclusion that due to the afore-mentioned behavior of Germany and its EU and NATO allies it's not possible to deal with the West" unless it begins to behave "honestly and responsibly," the ministry added.

Kremlin critic Navalny, 44, was discharged from Charite hospital in Berlin last week after receiving treatment over several weeks for exposure to Novichok.

He fell ill on a flight from Siberia to Moscow in August in what his allies say was a state-sanctioned attack.

The Kremlin has denied involvement.