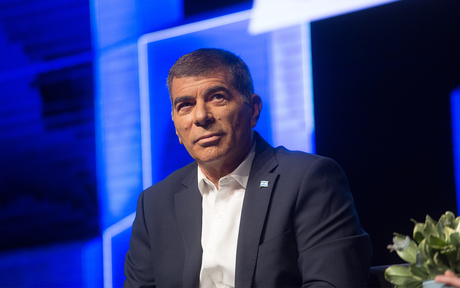 Israel's Foreign Minister Gabi Ashkenazi on Thursday said success in the upcoming Lebanese-Israeli negotiations to demarcate the disputed border between the two sides will likely boost stability in the region.

"I believe that success in the talks will significantly contribute to the stability of the region and promote prosperity for the citizens of both Israel and Lebanon," he said.

Ashkenazi also thanked U.S. Secretary of State Mike Pompeo and his staff for “their dedicated efforts that have led to the beginning of direct talks.”

An adviser to Speaker Nabih Berri, Ali Hamdan, has clarified that the talks would be "indirect."

"They will sit in the same room, but there will be no direct conversation between both sides. It will rather be via the U.N. team," he told AFP.

Berri announced Thursday that the Lebanese Army will carry out the negotiations under the supervision of President Michel Aoun and the government.

Israel and Lebanon's Iran-backed Hizbullah fought a devastating war in 2006.

At the time, then prime minister Fouad Saniora said that Lebanon would be the "last Arab country to make peace with Israel."

The issue of the maritime border is particularly sensitive due to the possible presence of hydrocarbons in the Mediterranean.

The arrangement is odd: The two sides will be in the same room, so they can hear each other, but a UN rep has to repeat what each side says (or only what Israel says, since Israel doesn't mind responding directly to what Lebanon says). Or will Lebanon insist the UN rep repeat what they say so it doesn't look as if they spoke directly to the Israelis? Wierd.

Interesting as when the military representatives meet for years at Nakourah these repetitions were not needed and the two sides speak directly to each other.
You can only make peace by talking to your enemies, not to your friends.
How many times has this been proved in the last 50 years all over the world. Unfortunately time after time the Lebanese politicians, firstly pressured by the Syrian occupiers and later by the Hizballah terrorists, have shown to the world that they have no inclination whatsoever to reach a peace, which could help the ordinary man in the street in the country.