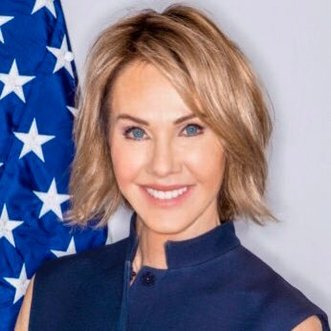 U.S. Ambassador to the U.N. Kelly Craft said Thursday that the U.S.-mediated framework agreement to launch border demarcation talks between Lebanon and Israel was “yet another example” of U.S. President Donald Trump’s “historic efforts toward Middle East peace.”

The “leaders of Israel and Lebanon have agreed to discuss their maritime boundary. This agreement holds the potential for economic development in the Mediterranean & greater stability for the people,” Craft added in a tweet.

Lebanon and Israel said earlier on Thursday they would hold U.S.-brokered negotiations on their disputed land and maritime borders, in what Washington hailed as a "historic" agreement between two sides technically still at war.

The United States will act as a facilitator during the U.N.-backed talks to be held in the southern Lebanon border town of Naqoura, Parliament Speaker Nabih Berri told a news conference in Beirut.

U.S. envoy David Schenker said the negotiations would start in the week of October 12.